On 6th April 2013 Gulu hosted the Bayimba Regional Festival of the Arts. This is Bayimba’s 6th year of succesfully running the annual festivals. This year’s calendar of merrymaking began in the Northern town of Gulu. The venue was Through Art Keep Smiling Art Center (TAKS), as usual.The festival showcased an art exhibition, film screenings followed by a workshop, poetry, comedy, live music and food.

Despite the organizers making the long and dangerous trip from Kampala, the festival was excellently managed. No time was lost. By midday when some activities were supposed to have started, the gates were wide open and the organizers were waiting for the first arrivals to TAKS Centre.

But as the case always is with Gulu party animals, day time activities were hardly attended. The main hall was dedicated to film screenings by Maisha Film Lab. This was meant to set the festivities rolling but there almost no audience. 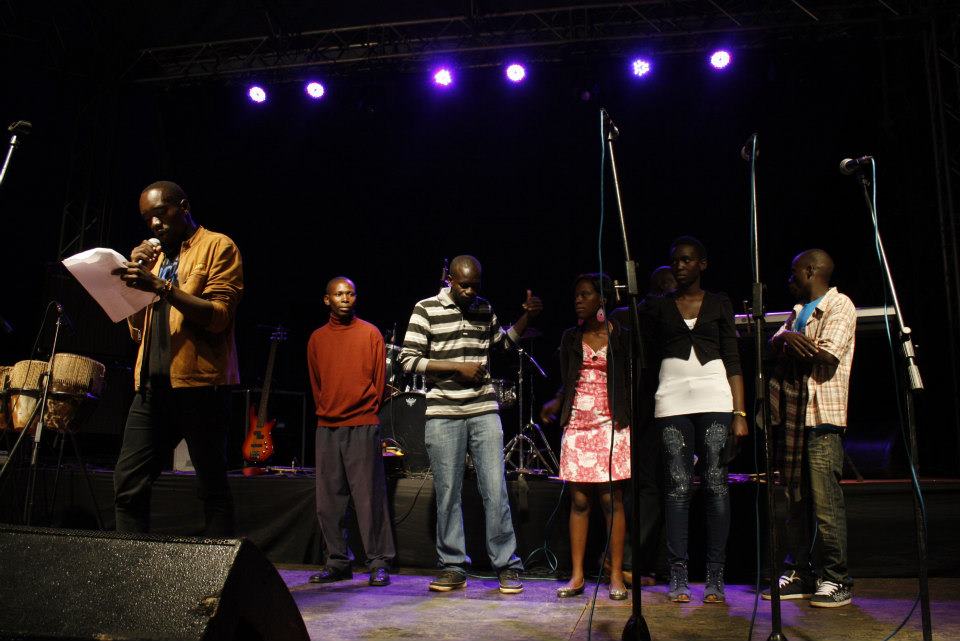 The organizers opted to make entrance free until 1pm but that too could not attract people. This was due to most people being used to carnivals and music concerts beginning when the sun went down.

Local film makers the United Youth Entertainment screened some interesting films. These were all short films shot locally with low-tech equipment. The films were so good that these Gulu film makers were forgiven for short comings in their organisation.

A light drizzle in the evening made it look like the festivities were headed for disaster, but when it cleared, it finally came to life. The arrival of darkness came with people. Awor Tina and Latong Gaji put on a beautiful fashion show that left many with a smile. Day time activities were summed up by the Pearl Afrique Traditional dancers who showed why the Acholi traditional dances are much cherished.

The fiercely proud troupe performed Larakaraka and Ajere. Both are courtship dances. The ladies wielded ceremonial axes, and wore short pleated skirts while their chests were adorned with colorful latam tied at their backs.

As they say, “Uganda is Uganda”, and the booze and grilled pork were in abundance. For those who wanted something to kill the cold left behind by the drizzle, the kitchen had steaming coffee, porridge and hot food, all courtesy of TAKS Centre.

Mr Okello David, manager at TAKS Centre, personally served his guests. He was happy about the rate at which the food was all eaten up. “I thought some of it would be left over.” he said.

Hyperactive MC Emma of Choice Fm. kept the revelers upbeat. But whoever made comedy a must have at every event must have let slip a certain boring comedian. This gentleman’s repertoire was so unfunny that when salvation came from a promising group of local poets , the crowd was already fed up with spoken word. 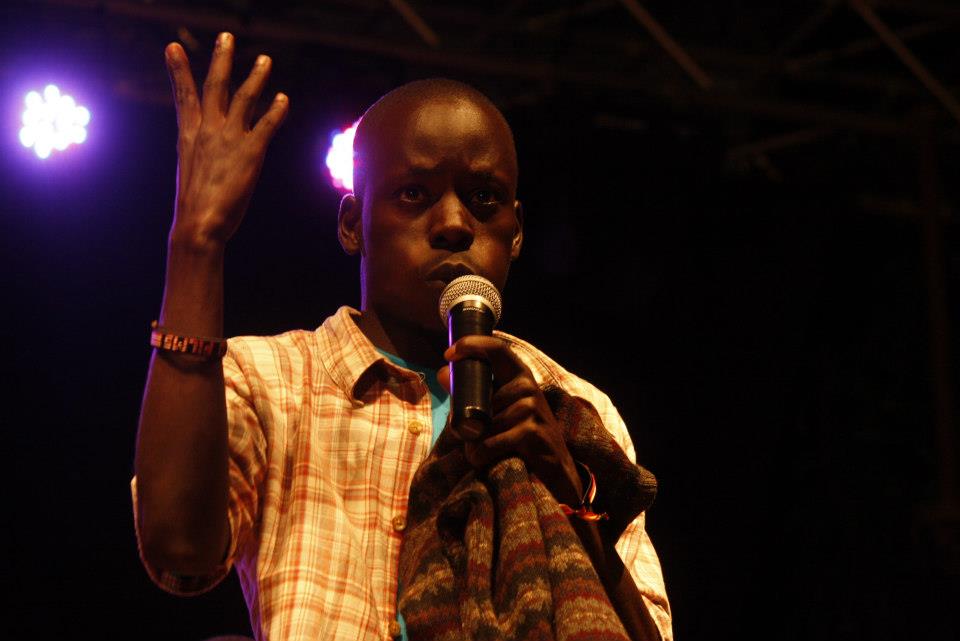 The whimsically named Crispy Poetry was founded as a Community Based Organisation in 2010, and is part of United Youth Entertainment. Recurring themes in their poetry include current affairs, love and politics:

… 16 years we kept on running
Daddy was paa paa paaaa?

Readings by Crispy Poetry Uganda could have benefitted with much more fine tuning. However their brave performance was a sign that poetry has not yet slipped out of Northern Uganda. Those looking for new talent should check them out.

Local hot item Davidogo got on to the stage o perform ‘Ifanyaje’. There was a lively mini concert as fans sang with enthusiasm alongside the artist. Disappointment was audible when Davidogo got off the stage after only a short performance. Bila Wa Movement and Ife warmed up to the demands of the dance loving crowd. This local hip hop group along with the multi talented poetess churned out hardcore hip hop which got the young crowd singing along. 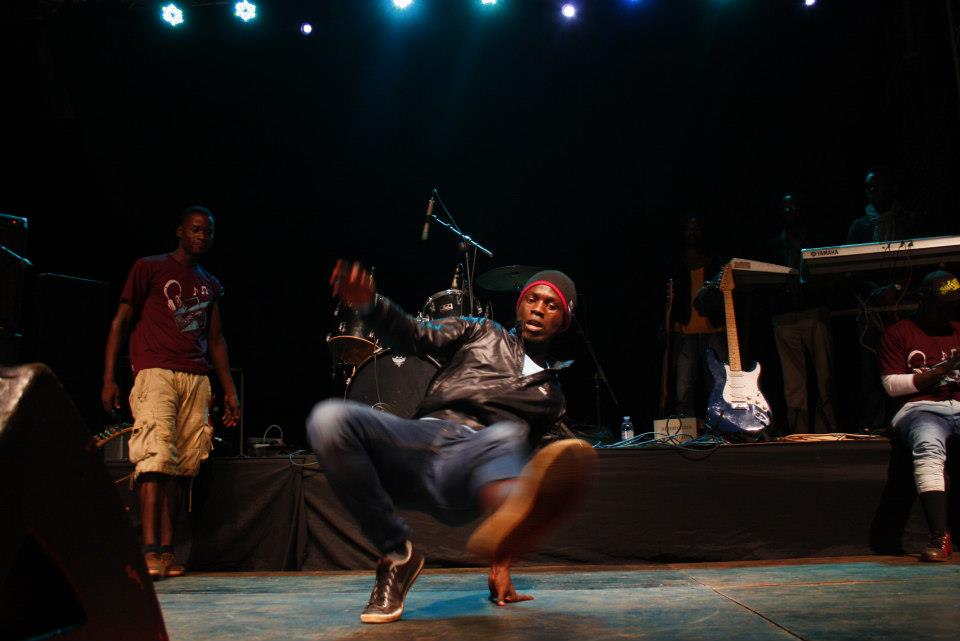 As the fire from the pork grill fizzled out, the festival was still blazing and people were still entering in hordes. A great performance from veteran musician John Oweka, and the Akello and the Amani Band were a perfect climax to a successful festival.

Bayimba has done a great job. It has unleashed a wave of longing that will last till next year. But Gulu needs more than one arts festival each year, so people will not mistake their presence for the usual music concerts or carnivals. An enduring presence beyond Kampala would be welcome.

7 thoughts on “Bayimba Regional Festival of the Arts”