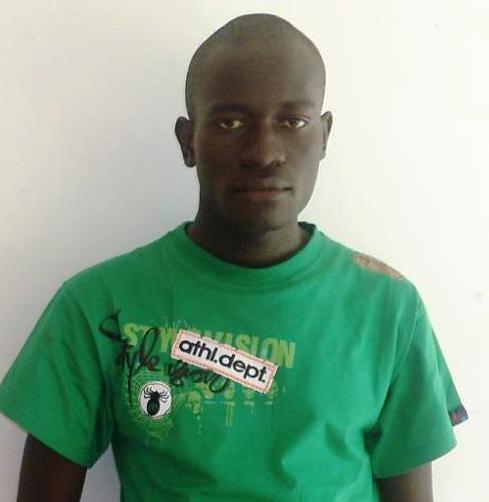 Ojok James Onono was born in November 1988 in Kampala to the late Dr. Justine Omona and the late Omona Catherine. Earlier in that same year, Dr. Justine Omona had been transferred from Kiryadongo to Anaka Hospital where he died of natural causes in 1992. Five years later his Catherine died too. In 1997 Ojok was placed under the care of his uncle Onono John.

Catherine had pleaded with the Christian Children Fund (CCF) to support Ojok’s schooling at Gulu Prison Primary School where he had been awarded a scholarship. After he completed Primary 7, the Acholi Education Initiative sponsored his secondary school education at Layibi College where he sat his Uganda Certificate of Education in 2007. He was then admitted to Gulu Central High School for his Ugandan Advanced Certificate of Education. He completed his A Levels there in 2009.

The inspiration to write comes from the memory of his mother.

Ojok says, “My mother came from Patiko in Lukume, Gulu district. I had a wonderful time with her because she was passionate about songs. When I was a little kid, she would sing to me and tell me folk tales. And I was always thinking about how I could put all that she said into writing?”

“I also had great inspiration from Okot P’ Bitek. In my P7 vacation, after reading Song of Lawino  together with Song of Ocol, my intention to write grew strong.”

Ojok has been writing poems and reciting them since primary school. Although he has tried his hand at writing fiction, scripts and articles, poetry occupies a special place in his writing.

He has previously worked in media as a reporter for Choice FM. He has also worked professionally for online outlets like Acholi Times, Pepper Publication Limited among others.

Ojok is currently pursuing a diploma in Public Administration and Management from Nsamizi Institute of Social Development, Mpigi.