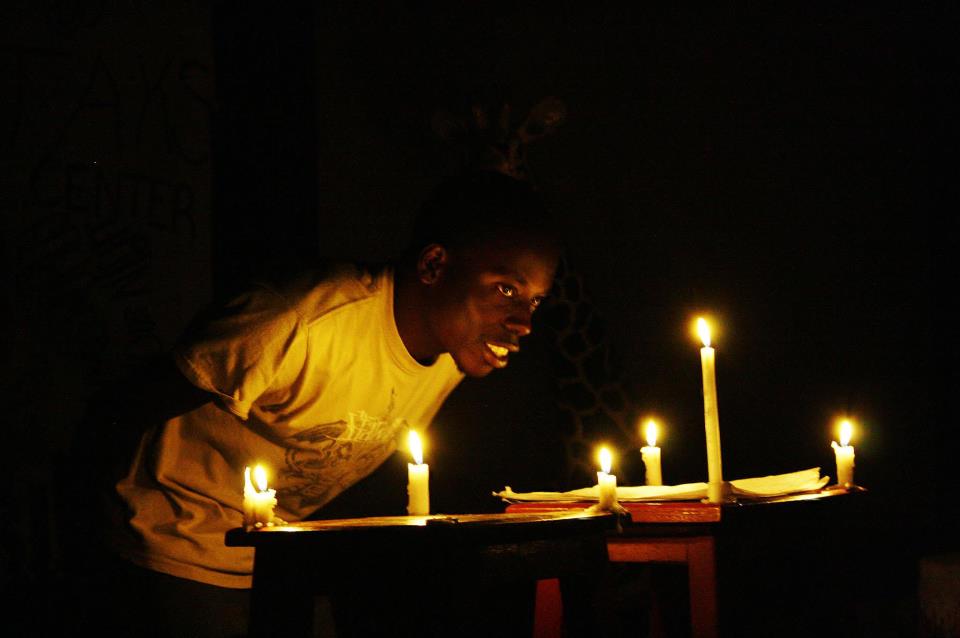 As a senior three student in 2005, his first poem Mr. AIDs won first prize in a school competition. It was a poignant eye opening event which marked the beginning of his writing journey.

Years later after he completed his A’ Level education at Uphill College Mbuya in 2008, he embarked on writing as a serious alternative career.

He says “I started writing long before I knew I could write.”

Omagor L’ Emorut adds that he writes because it is the only way he can vent out his sorrows and fantasies. He notes that writing is one of the post powerful ways through which he can appreciate the past, the present and the future in and around him.

As a fairly experimental writer, Omagor considers himself jua kali. Swahili for ‘someone who knows a lot more’. He has previously written news articles, film scripts, and acted as MC at spoken word events. In collaboration with other youths in Gulu, he pioneered the resurrection of poetry in Gulu.

Omagor is also an actor. He has appeared in several local productions. These were mainly independent short films. He is currently a producer for the upcoming United Youth Entertainment feature film A Girl from Lamwo.

He wrote the winning script for the short story category at the Zanzibar International Film Festival 2013. This monumental success means that United Youth Entertainment shall represent Uganda at the ZIFF.

He has been a volunteer at Straight Talk Foundation Gulu since 2010.