Anek Sapphira is 75 years old and was born in Palabek, in Acholiland. During the loneliness she experienced as a new wife far away from home, she learned to play the adungu. She found her passion for music leading her to make her first adungu, with which she serenaded her husband after work. 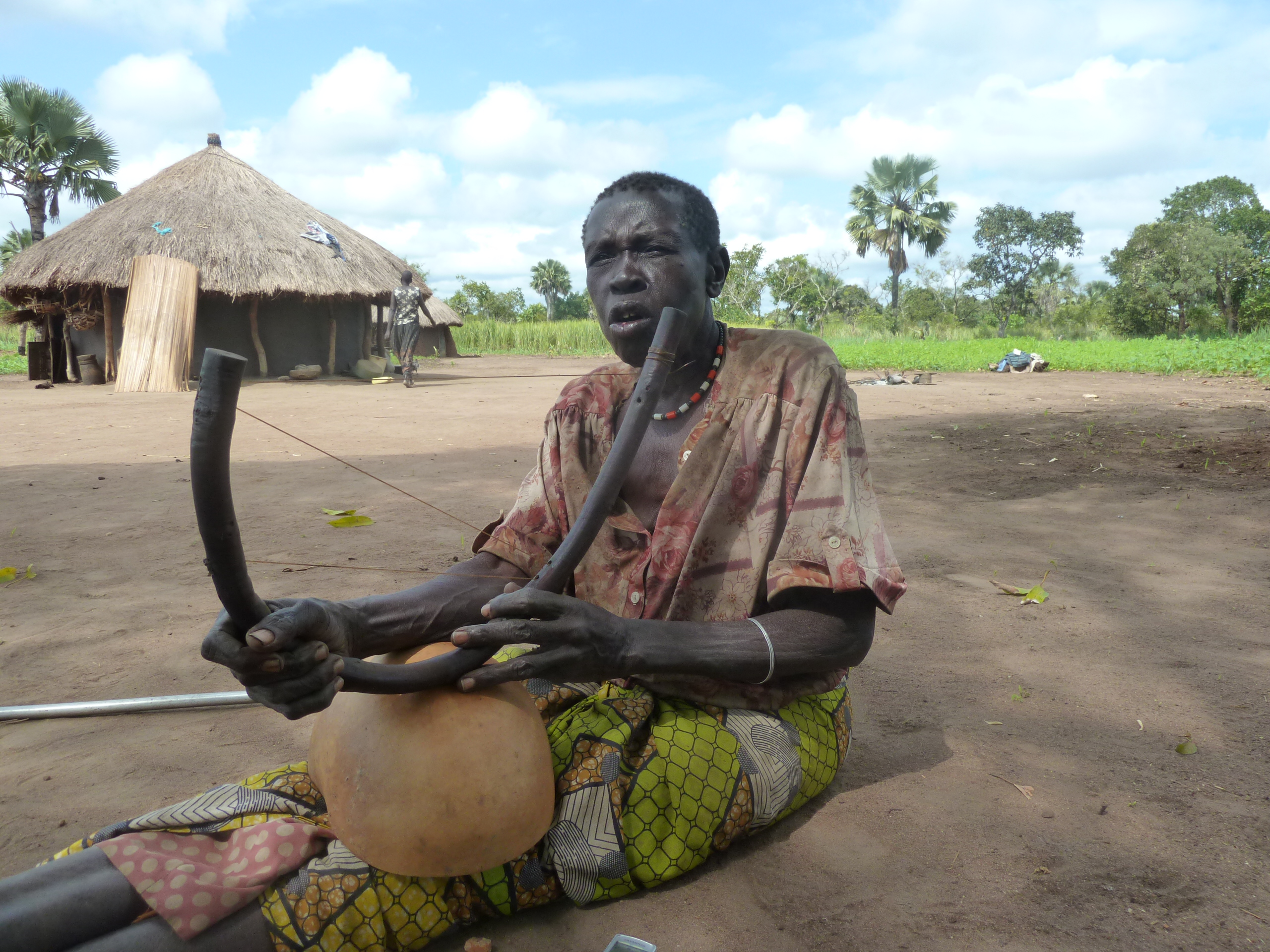 Anek Sapphira with her adungu.

Mego Anek warns that this ancient type of adungu is only played by married women. “I learned many songs from my mother. Her husband, my father, had been conscripted into the colonial army, so she would sing songs because she missed him.”

When Mego Anek’s husband’s life ended, she moved her family back to the ancestral homestead in Aleda where she currently lives and makes contemporary Acholi music. Through her music, she invites us to reflect on our lives, our work and what we shall leave behind.

Anek manages ‘Anyim Lac’, a women’s cultural troupe of about 40 revolving members. Their repertoire includes procession dances (apiti), songs (wer) and traditional theatre (goga). She sings of a society that has been broken, subdued in different ways and yet still celebrates daily life and relationships.

Ladies play the min bul or mother drum while the latin bul or baby drum is played by their male folk who offer various forms of assistance during performances. She says the rationale behind this cooperation is due to the old adage, “men help women”. 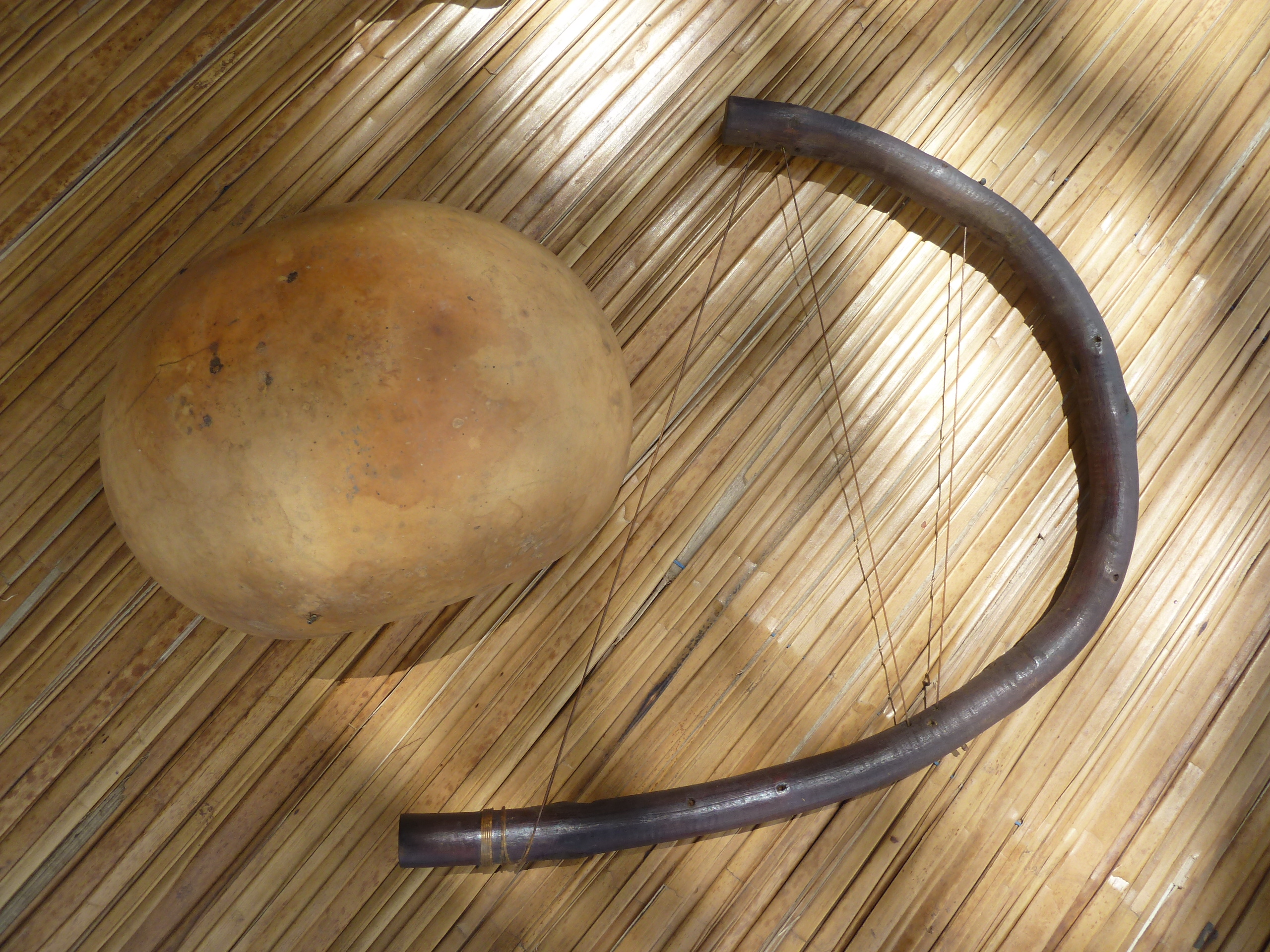 The adungu she plays consists of a U-bow with one string that is passed through the eye of three holes. It is played with half of a dried gourd or agwata. When she plucks the strings of her bow, the agwata amplifies the sound. The wood of the bow is from the acuga vine which produces edible berries that ripen to a deep red or dark purple. In the old days, she’d weave the fibres of an agave plant to make strings. But that would snap after a few performances. These days she uses fishing line. Her first loop of durable nylon was given to her as a gift by Ladit Watmon Matthew, who brought it from Kampala.

Anyim Lac has graced several national functions. Mego Anek says as a token of appreciation, “the president once gave me three gomesis.” She also adds that they have enjoyed rewarding encounters from visitors from all over the world. An exceptional one was a group of Japanese who compensated their performance in dollars. When they exchanged it into Uganda shillings, it was approximately 650,000 shillings.

However this is not the case with many visitors who record their music to benefit themselves only rather than the Anyim Lac members. They hardly show empathy for their material struggles, but she wishes that, “they could understand our need for household necessities such as soap and salt.” 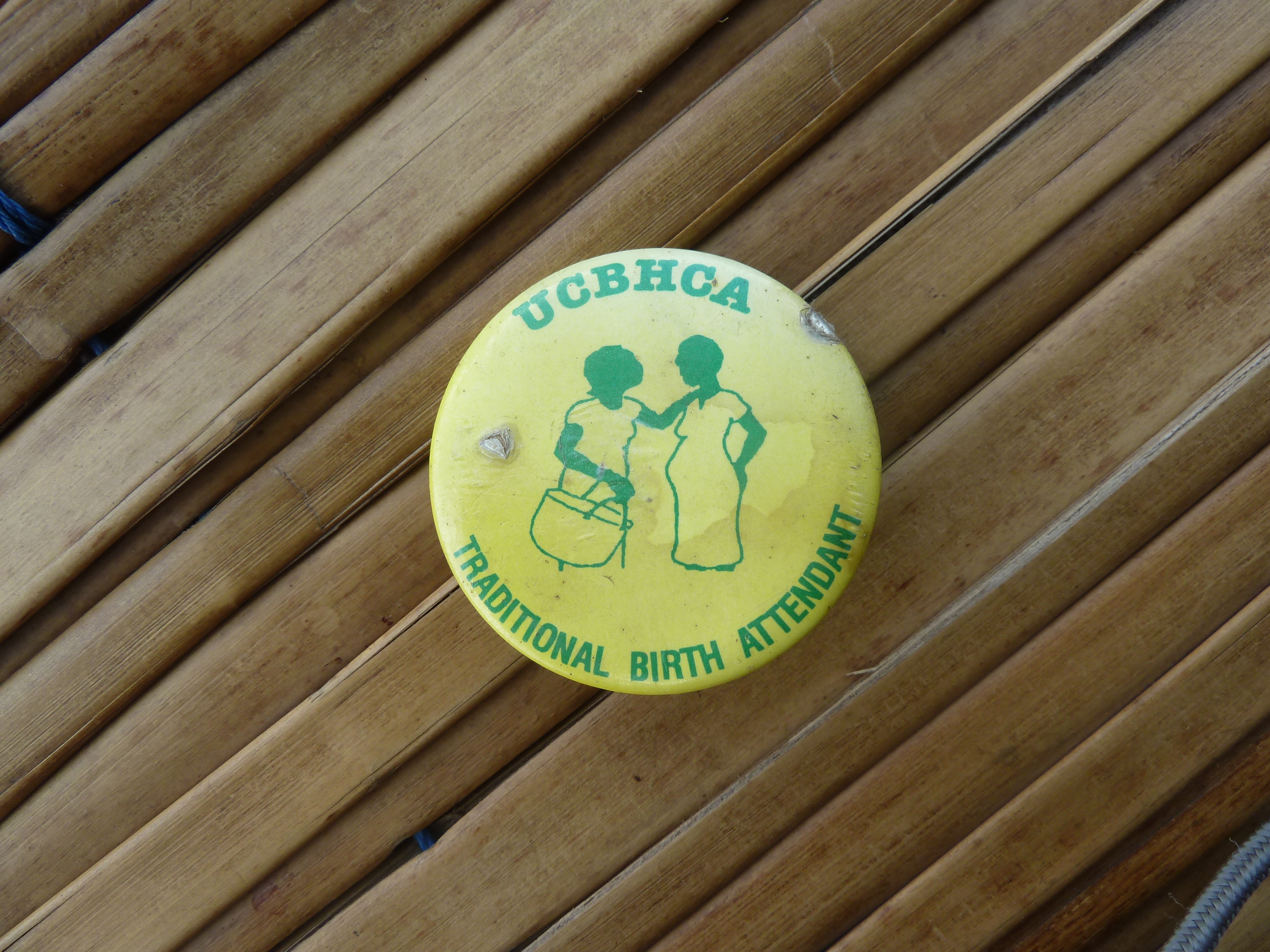 She is a certified traditional birth attendant by profession. The ancient principles of nursing were handed down to her by her mother. She says, “I learned nursing from my late mother. She was part of a long line of traditional medicine women called chollo.”

Members of Anek’s family are subsistence farmers and they supplement their income by brewing beer. 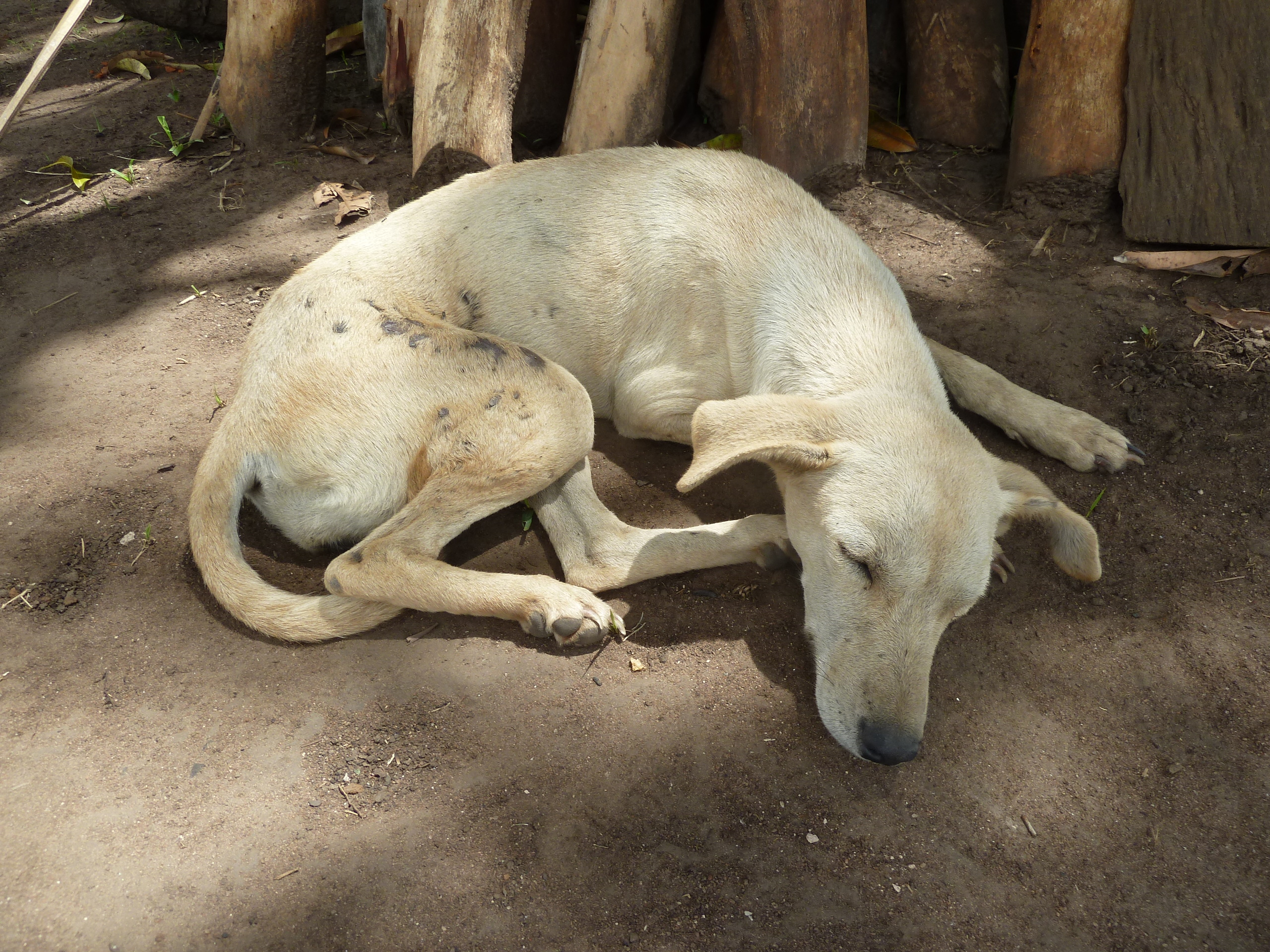 The family pet is called Pipwonye (“Can’t-be-taught”). Mego Anek says, “ He cannot learn any new tricks. All he would rather do is sleep.”