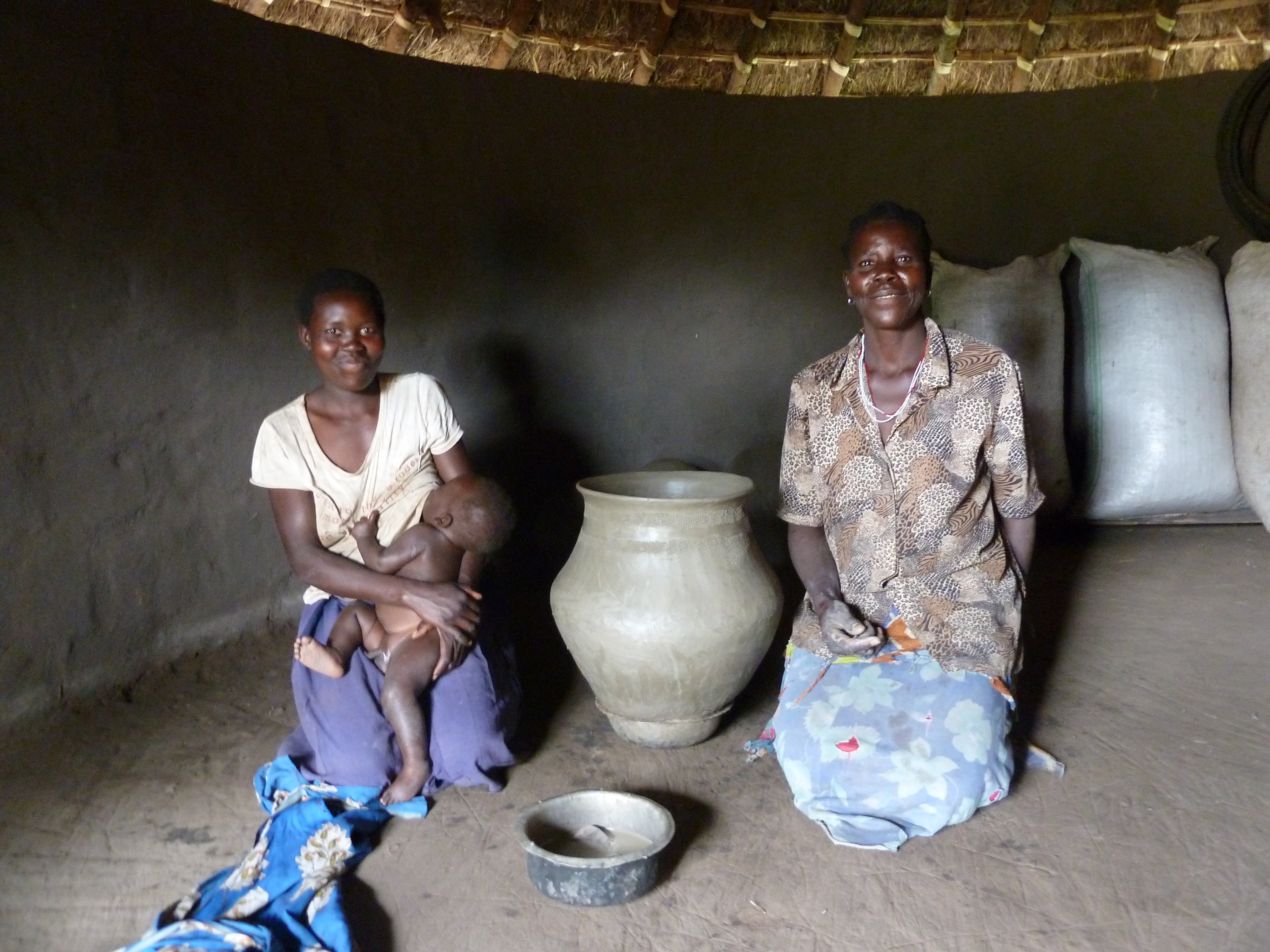 The clay is dug up from a nearby swamp. At home, it is prepared by removing plant matter and impurities like small tones. It is kneaded until it is soft and malleable. 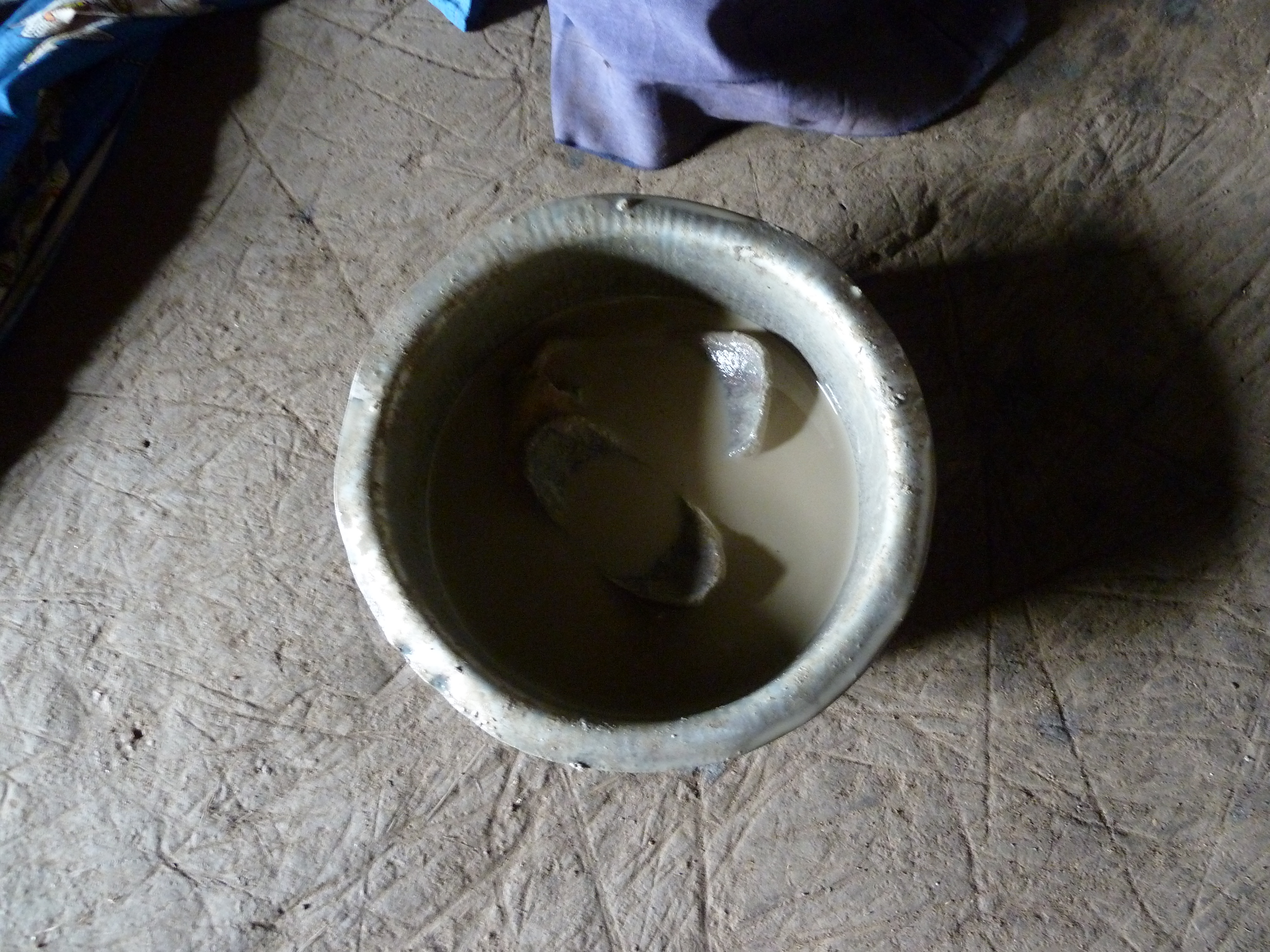 Fragments of broken pottery and calabash are dipped in a fine suspension of clay and water and used to polish the surface of the pot. This creates a shiny effect on the surface after the pot has been fired. The clay vessel is decorated before firing in a kiln.

The water pot in the picture was built by hand using the coiling method. The finished product can hold up to 20 litres of water. It is much sought after because of the mild and refreshing earthy flavour that water decanted into a pot acquires.