At the end of many ceremonies, traditional beer known as kwete is decanted into a ritual pot. In offering their blessings, first the Elders and then each member of the family drink a few sips of beer and then blow into the empty vessel. A spray of dregs falls onto those being blessed. 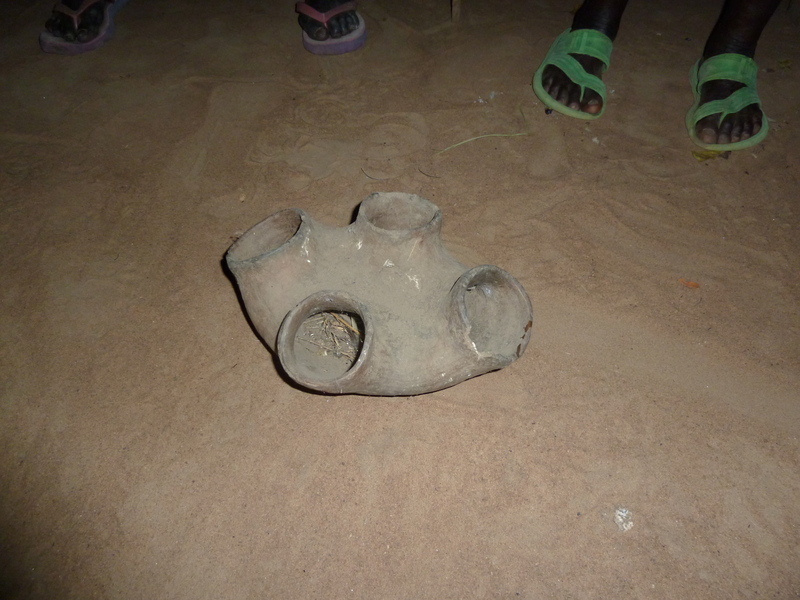 Photo taken in 2012: From the collection of the family of Ojera Kasiano and Veronica Layedo of Paibona Te Tugu. Agulu Kuti.

Agulu Kuti is used to revere people considered to have been marked by spirits or Gods. These are children who may have been born with an unusual number of limbs, in breech presentation or under unusual circumstances. It is believed that these children are vulnerable to the whims of spirits and must be protected. A ceremony is usually performed to appease ancestral spirits, and ward off any harm that may come into the homestead.

These rituals may vary slightly from clan to clan. However they serve the same purposes. 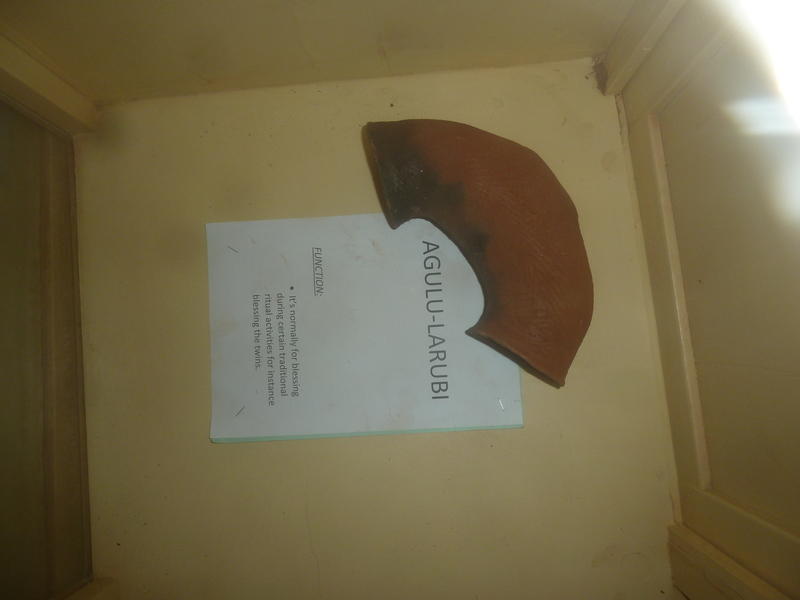 Members of the community contribute gifts of food and drink. All the women of the homestead work together to collect firewood, draw water and prepare all the meals, while the men build shelters and slaughter animals.

Twins are considered to be special. Their birth is celebrated at the ceremony of bolo lafuta. Dek ngor or pigeon peas is cooked in earthenware pots and thickened with odii. The food is eaten without salt or condiments.

The lafuta is a meal eaten with kwon kali, millet bread. Kwon is the traditional pot bread of the Luo and it occupies a significant place in all rituals and traditional feasts. Fistfuls of dek ngor and kwon kali are flung onto the outer walls of houses to symbolise a life of abundance for the twins.

After all the rituals have been performed, kwete is drank to seal the ceremony.

Kwete is made by fermenting millet or sorghum flour. It is then cooked in a basin to kill all bacteria and sun dried to draw out excess moisture. Tobi is a malt made by sprouting millet and grinding it into flour. It serves the same purpose as yeast. Malt and warm water are added and the mix is left to brew for as long as is necessary.

Kwete for ritual purposes must have a low alcohol content and is usually sweet. Since it is a solemn ceremony, no one is expected to get drunk.