You remember thinking as you stood there beside the road that you looked so much like your mother. Your mother, who disappeared into the night’s shadows a long time ago, leaving you in the hands of fate: the cruel act of a pitiless God. You remember hearing your dead mother’s voice uttering whispers into your ear. “Look right. Look left. Look right again,” then you crossed the road. 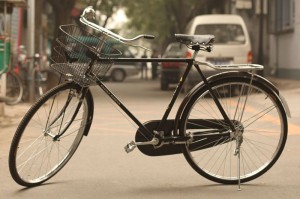 You remember shedding a tear from your left eye as you thought of the family you never had. Thoughts of the father who abandoned his pregnant wife and ran away into the night. Thoughts of the mother who had enough of this world and so sought refuge in the next. Traitors, both of them, bloody half-wit traitors, you thought of them. But then you quickly took a hold of yourself. It was no use wallowing in self pity.

You remember thinking as you walked through the alley, how desperately you needed to take a nap. Not because your eyes were heavy, but because the painful pangs inside your empty stomach could not allow you to stay on your feet much longer. But you knew it was impossible to sleep at that time of day. You would have to wait till late in the night, when the souls of the city are no longer strutting through the alleys. Then, you would sleep peacefully with the dogs.
You remember hearing someone call your name from a distance.

It was Yusuf, jolly as ever. There was something about him beyond that ugly flat face with the huge hairy nostrils and missing front teeth. He was always smiling, that ugly bastard. You could swear you’d never seen the guy sad or angry in your whole life. And you remembered something you’d heard your mother say once. The widest smiles hide the most grief.

“Jonte cheki hii maneno,”he said as he let you take a peek into the black paper bag he was carrying. It was food. Food. It was probably left-overs from some rich people’s party from last night. You laughed inwardly as you remembered that parable in the Bible: the rich man and Lazarus.

“Unadai?,” he asked you as he extended his arm to offer you a piece of half-eaten chicken wing. He was always so generous, Yusuf. You took the chicken wing quick and bid him goodbye. He just smiled at you, with that toothless grin.
You remember the silent shouts inside your head when you saw the bicycle parked at the street corner. This had to be your chance. A bicycle like that would go for nearly as much as three thousand shillings, maybe more, which would be enough to keep you for three months. So you quickly made up your mind, sauntered to the one bicycle in pretentious glee , and applied the basic principle embodied in your mother’s instructions for crossing the street. Look right. Look left. Look right again, You picked up the bicycle and tried to walk away casually, whistling away the tension inside you.
You remember the severe bouts of panic that hit you when you realized that someone had seen you. Still you moved on, pulling the bicycle along, hoping beyond hope that he would not make it a big deal. Too late, the chap was screaming his lungs out.

“Mwizi!Mwizi! He is stealing my bicycle…”

He had gotten people’s attention, and you knew that you were in trouble. So you dropped the bicycle, and for one last time took heed of your mother’s very dear words. Look right. Look left. Look right again, then you ran. And ran. And ran. You ran like a rabid dog. But the crowd was catching up, and it was getting bigger and bigger. So in one last desperate attempt to save your breath,you muttered something, a hopeless cry to an unseen existence.

At that very moment, the coarse and firm grasp of a police officer was on your arm. It was like the stroke of good luck.

Jude is a student. There is more about him here.