Social events have become huge showcases for fabulous youth fashion. Some of these highly anticipated events include the Buzz Teeniez Awards held annually at Kati Kati restaurant, Blankets and Wine, and film premiers.

According to Mr Sam Kitimbo, a Physics Chemistry and Maths student of St Peter’s Nsambya, “Ugandan youth face many challenges. And these sometimes include dressing responsibly and looking representable. Because one’s dress code speaks volumes about who they are in reality.”

Kitimbo believes that fashion is a way for many to define their contemporary cultural values, through embracing made to order outfits from local manufacturers.

Mr Sylvester Kabombo of the rap duo Sylvester and Abrahamz, revealed that he started producing a line of products including pouches, hand bags, laptop bags, and hats using kitenge fabric.

“The world is moving forward and people are looking for brands they can associate with,” Sylvester remarked. He added that a brand can, “ give a new identity that enhances one’s standing in the community.”

Ms Dorothy Lamon, a fashion tailor with the Catholic run Companionship of Works Association – COWA, based at Centenary Vocational Training School Nsambya, revealed that they are overwhelmed by the demand for African fabrics by youth. “It gives the appearance of being classy,” she said.

“This shift in fashion and dress code has been influenced by local celebrities. Majority of youth nowadays prefer these fabrics. During events, you can see that those who are not fashionable stand aside and feel excluded. The need to fit in has created more demand,” said Dorothy.

Mr Kabombo thinks that youths use fashion to hide their fear. It also contributes to feeling more confident about themselves, or who they are trying to be.

Attitudes towards fashion are influenced by the ways in which a society appreciates aesthetics. For most teens, the imperative to define their identity happens through high school culture and celebrity fashion. At social gatherings like the Buzz Teeniez Awards, celebrities’ dress codes are taken very seriously. This implies that any celebrity who dresses in a sloppy manner could dent their social capital. And the desire of youths to emulate celebrities in turn boosts manufacturers in the fashion industry.

Kabombo also said that, wearing a gomesi or a kanzu at a formal function can have an impact on your status at formal functions. Respect for traditional values is more appreciated than when someone arrives in jeans or a suit. But this depends on the occasion.

Below are pictures from various events documenting several fashion choices. 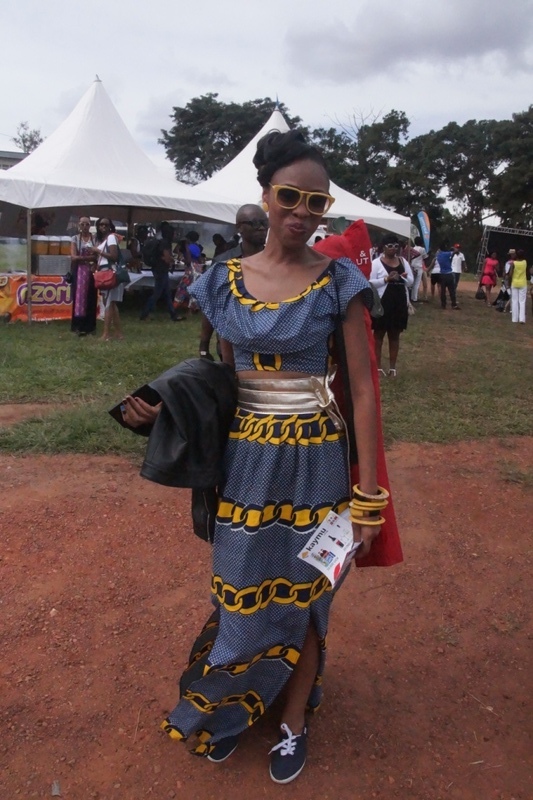 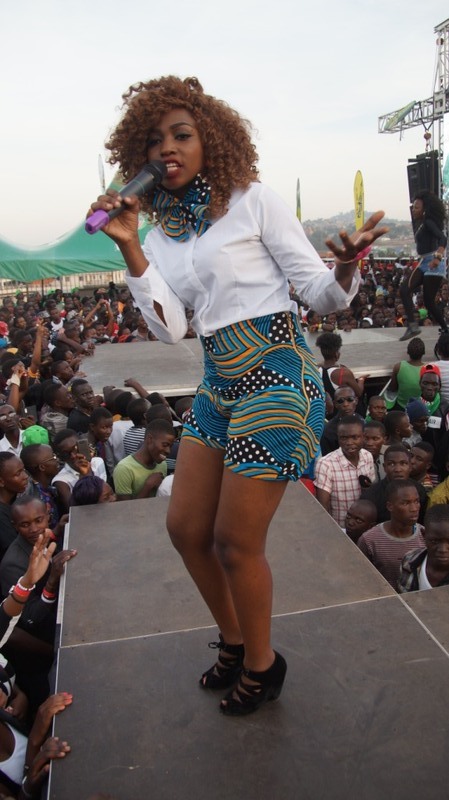 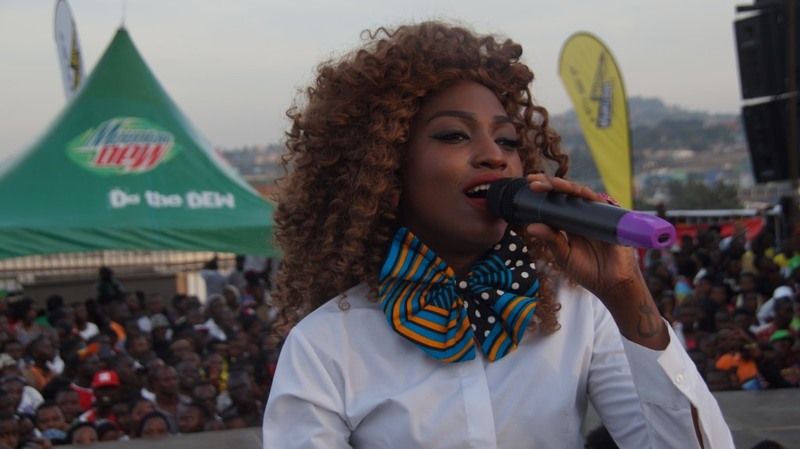 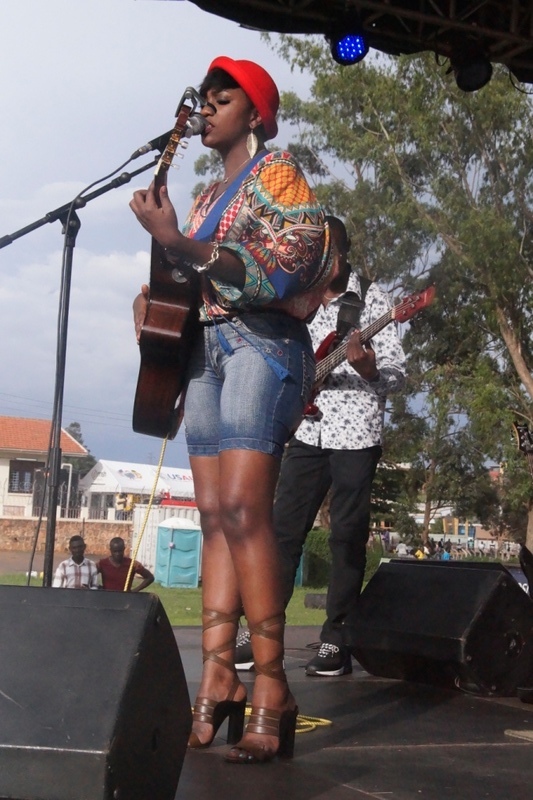 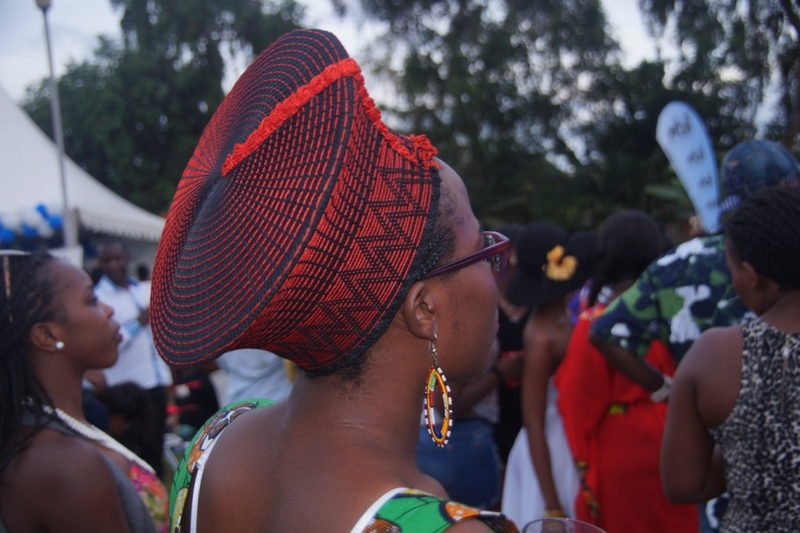 Sandra Atukwase. Student of Social Sciences at Makerere University. She says that this hat was a birthday gift from her mum. “I’m proud to be donning African art.” These hats first became popular when Brenda Fassie came to Uganda. 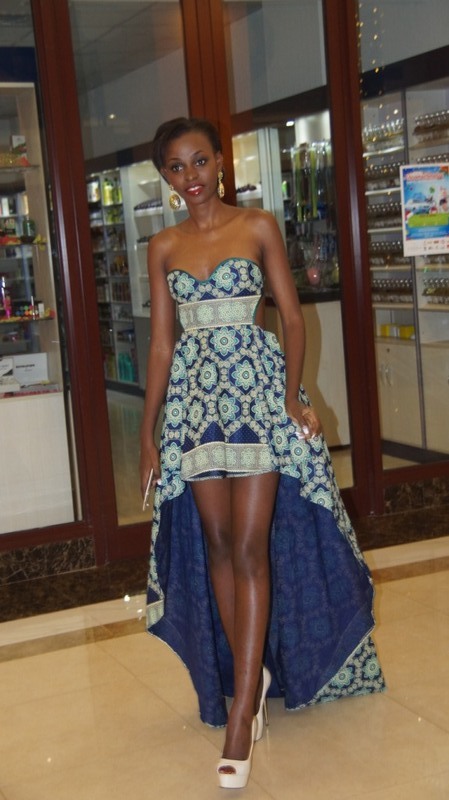 Hellen Lukoma. Founder of Lukoma House of Fashion and Designer. Premier of Beneath the Lies, television series. December 2014. 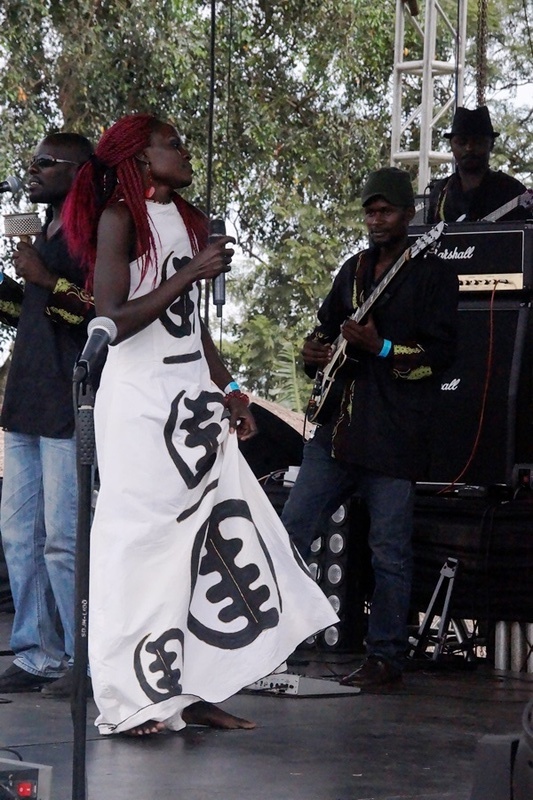 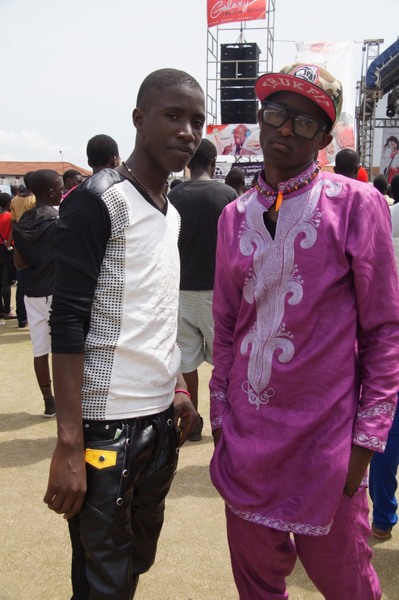 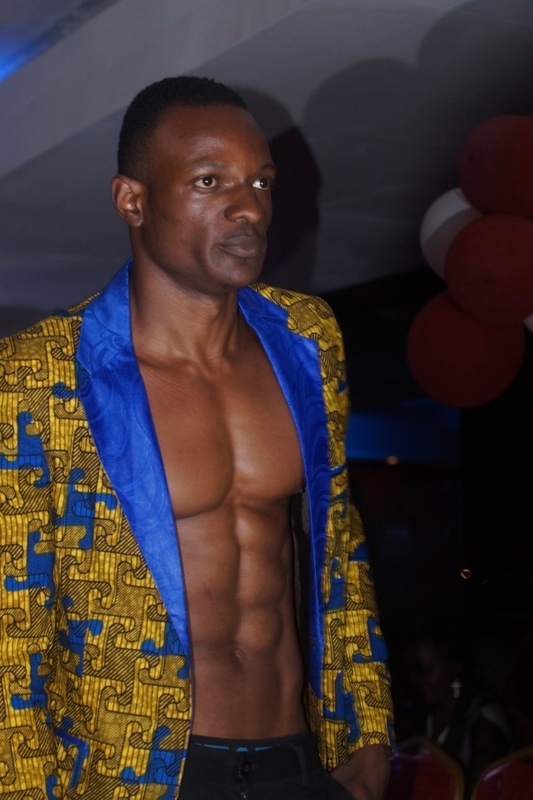 Aloyzius Sserwanga. Mr. Ideal Uganda 2014. This pageant is to recognise the importance of men in society. “When they are presenting the face of beauty, it is only the faces of women,” says Aloyzius. 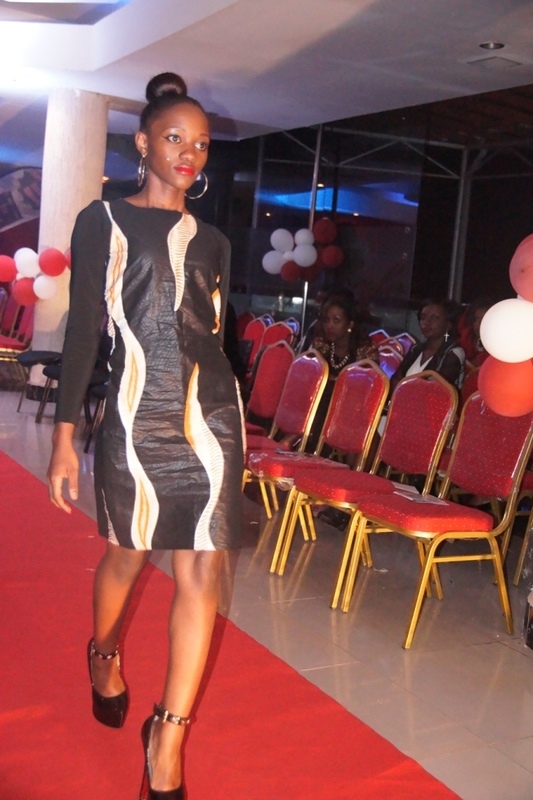 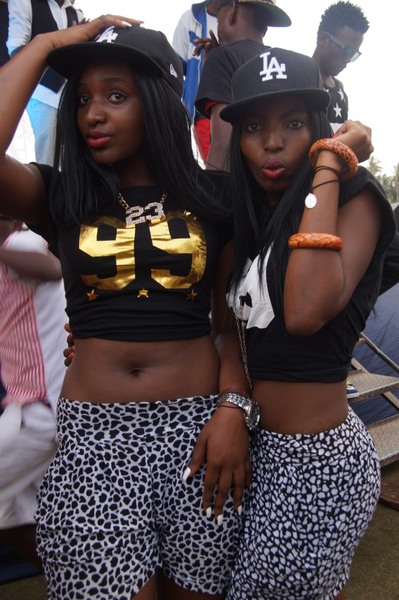 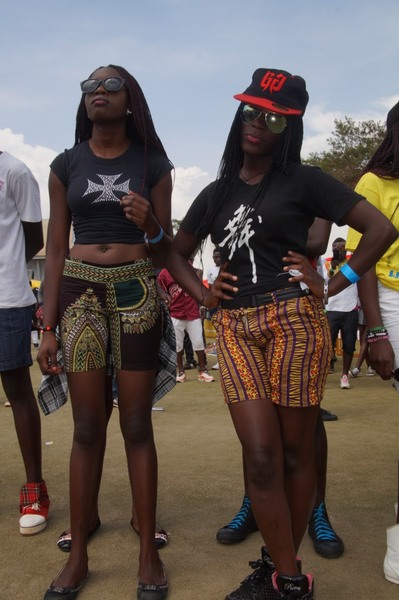 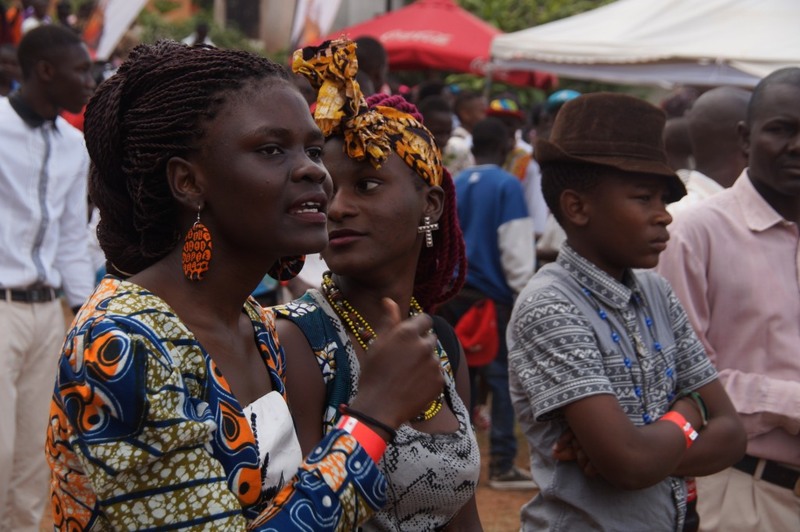 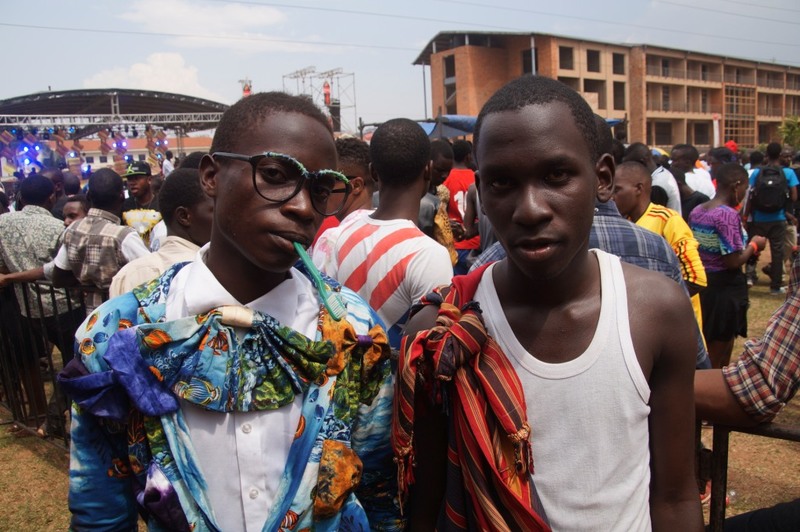 The Wayne Brothers act. This is an anonymous collective of five teens. Our idea of teamwork is to influence the youth to work hard and be healthy, hence the toothbrush. “Every time I eat anything at Teenie Buzz, I need to refresh.” 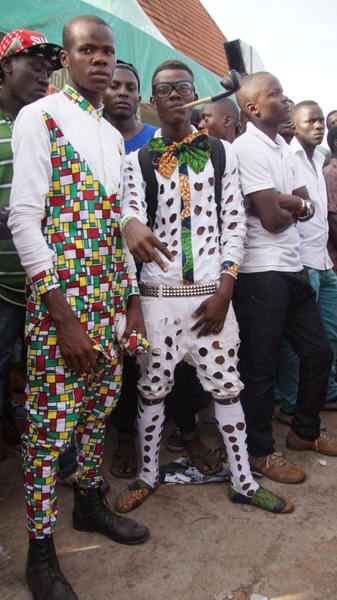 Wayne Brother and friend. They want to set a code to inspire their favourite celebrities. Patchwork can be replaced with spotwork. Patches shouldn’t only exist in jeans. 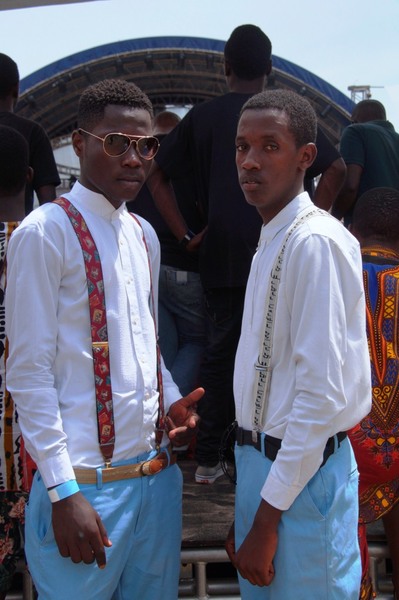 Our idea of wearing suspenders is that young people can also look smart in them. The general perception is that only old people wear suspenders. Kati-Kati. Buzz Teeniez Awards May 2nd 2015. 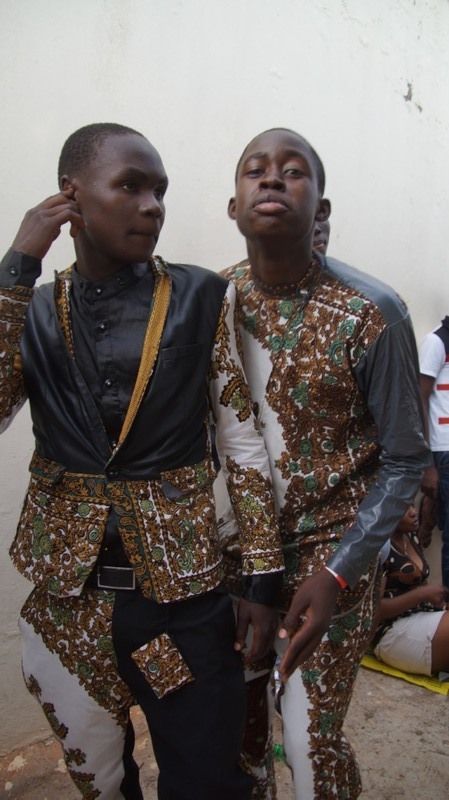 Students from Kisubi Boys Secondary School. Mummy made our outfits. 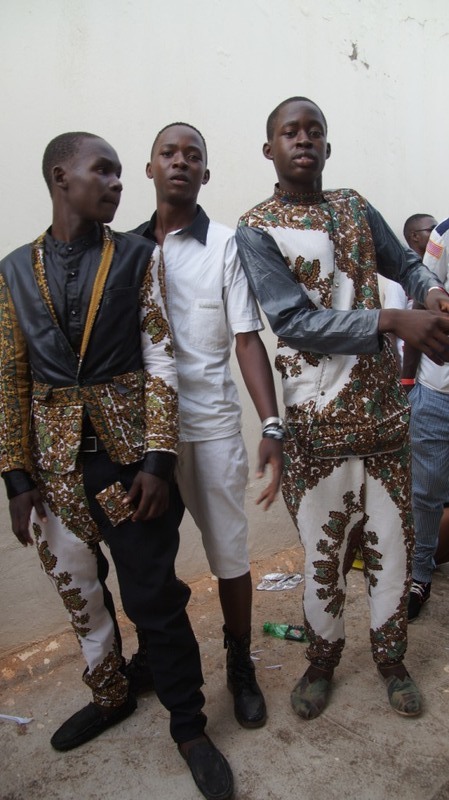 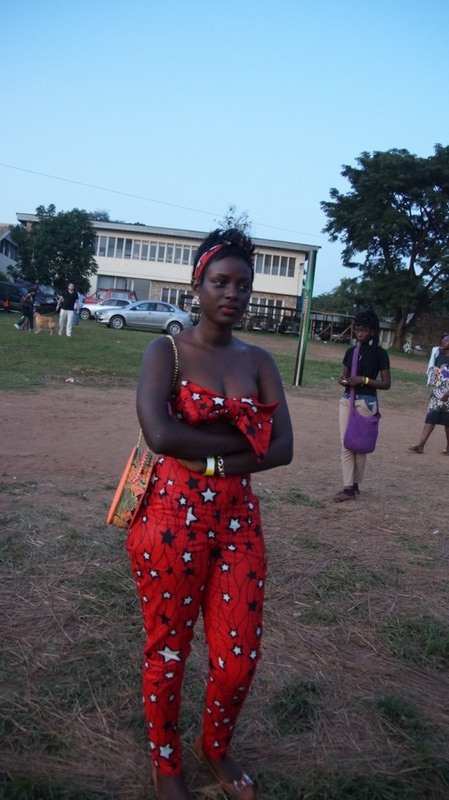 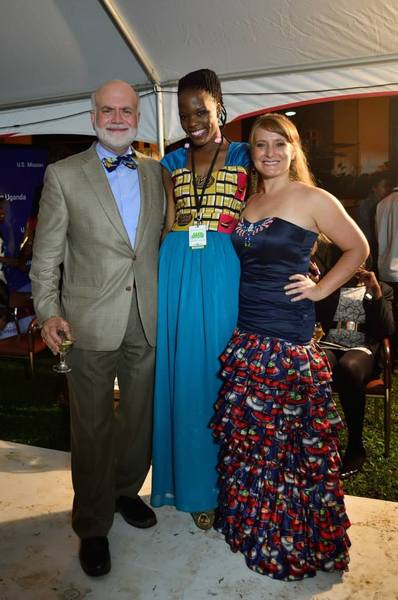