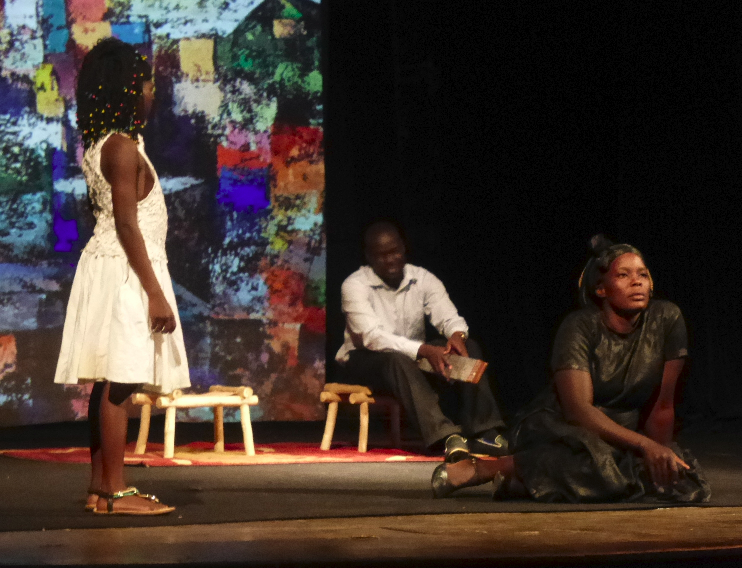 Silent Voices is a play about the war in Northern Uganda. It touches on a controversial aspect of peace building, namely forgiveness and amnesty for the perpetrators. It was first produced in 2012, and is now showing again in the Uganda National Theatre with productions in Acholi as well as English. The director, Judith Lucy Adong, is herself a survivor of the war. She studied at Makerere University, and was the 2012 winner of a prestigious Fulbright Scholarship to Temple University.

After today’s showing, we captured thoughts and reactions from those present. 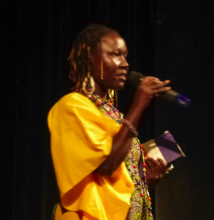 “Silent Voices, or Dwon Ma Peke, is based on interviews that I did with victims of the Northern Uganda war through the World Vision and GUSCO (Gulu Support the Children Organisation). It was a part of my research for an MA, which I actually never finished. My interest was in seeing how music, dance and drama is used for the psycho-social support of the traumatised soldiers. But then I ended up finding deep stories when the victims shared their pain and anger with our leaders, saying that they feel that they have been coerced, by the amnesty law and international law. That is, to forgive the perpetrators of the war, while the perpetrators were being rewarded. The donations that they got were only given to the perpetrators.”

“The producer sent me the script, and I was frozen for three days. The issues in there were both sensitive and painful. Because of peace, political sentiments took precedence over the emotional and psychic elements. They left it to the religious leaders.”

“The power of art is that it touches you when you least expect it. When you are forced to deal with your own complicity in silencing others, how do you engage? How do you face one another?”

“In the 90s, I did see some serious plays, although they address social issues like AIDS, the issue of girl education. But nothing dealing with the deep fearful and frightening events that were happening in our country. Wars going on in every part of the country, the East, West and the North, which noone wanted to talk about because it seemed very far away physically. This production is bringing issues to the centre, and perhaps it will give people an opportunity to look deep inside themselves and reflect on the issues around perpetrators and victims. These issues in the South have been swept under the carpet in the name of economic prosperity. The denial is actually a sign of deep hurt and pain.”

Patrick Mangeni
Dean of the School of Liberal and Performing Arts, Makerere University 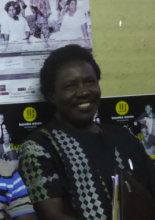 “The play places us at a crossroads. These are the dilemmas of our time.”

“I think ideally we have been dealing with the notion of forgiveness. The interesting thing that is explored by Judith Adong is that it is examines the community’s need to move forward, and the attempt at forgiveness is an extremely important aspect. If we look at the psychological aspects of forgiveness, it is supposed to originate from the person who has been offended.” 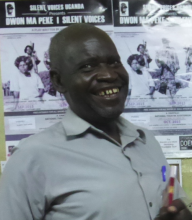 “It is one of those very good plays that have taken a very long time to be shown in the National Theatre. We had balance in acting, stage setting, sound and lighting effects, and above all, the story.”

Silent Voices in showing again at the National Theatre on 18th and 19th October, 2015. Showings are in Acholi at 4pm and in English at 6pm. More information is available here.