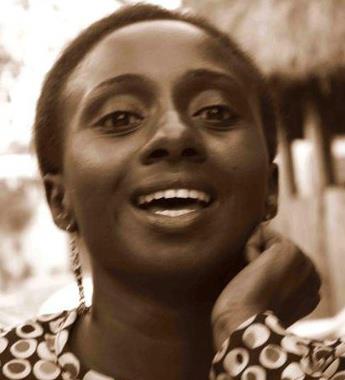 The battles of the body, mind and soul are private ones best left to be deciphered by the vessels that contain them.

I know an accomplished woman who was bullied as a child. Her detractors decried her physical appearance and labelled her unattractive, because they deemed her manner of walking and talking as “funny.” It was no surprise that she always performed poorly in class, for she used to be mimicked and teased cruelly. Her tormentors seemed to be unaware of the consequences of their behaviour on their victim. Fortunately she is now an accomplished business woman whose work takes her to countries across the globe, but her esteem has never recovered. She still speaks about her childhood with bitterness.

“I promise.” she once said to me as we drank some wine one evening at a social gathering, “I shall never forget how my school mates made me feel. I hated every aspect of myself and my existence during my adolescence. Suicide was a daily option in my mind.”

“But hey, she’s a grown up now, and successful too!” I’ve heard people who know her say. “When is she going to get over it?”

I used to say things like this even though I too was bullied, but unlike my friend, nature blessed me with a fighting spirit and I often retaliated as much as I got attacked. Sure, I had my moments of self-doubt but I considered every day a chance to dust it off my shoulders. Thus I couldn’t understand why my friend would not appreciate her wonderful new life, and live the old one behind.

I have since had my head examined and know better than to opine on how people should react to different challenging life situations; how long these situations should affect them. I now know that ignorance is blinding and empathy is a virtue to be embraced. For until you have experienced something, judging circumstances on the basis of your own personal understanding is frankly shallow.

My own time line of emotional pain begun on June 25th at approximately 2.00AM when I received a phone call letting me know that after a period of illness, cancer had taken my father away. A week after burying him, I received more devastating news. Someone I loved very much had betrayed my trust. I found myself caught up in this ludicrous position of grieving for my father while also struggling to muster the strength to forgive a central figure in my life, who I believed should have been a support.

This is what I learned about support structures. It’s very important that you have one. But I often felt like I was sinking alone. Friends did understand, and some even empathized but this thing was my journey and I was either floating or sinking alone.

I asked for advice from here to Paris. I even tried to follow some but I failed. I ended up relying more on opinions from friends and family, because they knew me intimately. I trusted that their position would be nuanced. Only they could comment on the condition of my mind.

“You really ought to be over this by now”, said one of my best friends.

“Really, you should learn to forgive and forget,” another exasperated member of my inner circle told me, and concluded that I “Make a decision and deal with it.”

Human beings have different emotional thresholds. Some people can just shrug while others take it in through their noses and ears till it permeates every aspect of their life. People have been known to end their lives over problems that you, their very good friend, think are trivial.

So as I listened to some of the advice I was getting, I soon cottoned on to the fact that without intending to, your loved ones will treat your pain as casually as left over cereal.

Would that I were a robot without feelings and only rationality, it may not have meant much. But I am a human being.

I was erratic. I was furious. I was sad. I had memory lapses. Like, blackouts yo’. I eavesdropped on grieving support forums on the Internet where I learned that memory loss was not uncommon and my ordeal was part of the circle of life.

This continued for more than a solid year in which I experienced a personality shift faster than evolution. As I did not recover quickly enough for their comfort, people began to advise me to deal with it ‘like an adult’, so I withdrew from them. I lost friends and with them whole social circles. I woke up one day and realized I had to press ‘re-set’ on my life and start over again.

I shall not lie to you and say that these experiences have made me stronger. On the contrary, they have unleashed a shell of weakness within me that I did not know existed, and this shell only grows thinner by the day. But I like to think that I am a caterpillar waiting to re-emerge into something less shell-like. Please please please!

As I said earlier, I lost a lot. Beyond friendships, I lost a lot of income too, due to my mental and physical absences. But I also gained something better. I gained empathy and sympathy for others, whether I understood them or not. I shall never again judge a person for their reactions, what happens to them, or even what they do because of it.

By becoming more aware of myself, I have gained an awareness for others.

Whenever someone asks me for advice, I now first check to see if I’ve worn their shoes before or know someone who has. Otherwise I’ll confess, “You know what? I don’t understand. But I acknowledge your feelings about this are valid.”

The battles of the body, mind and soul are private ones best left to be deciphered by the vessels that contain them.